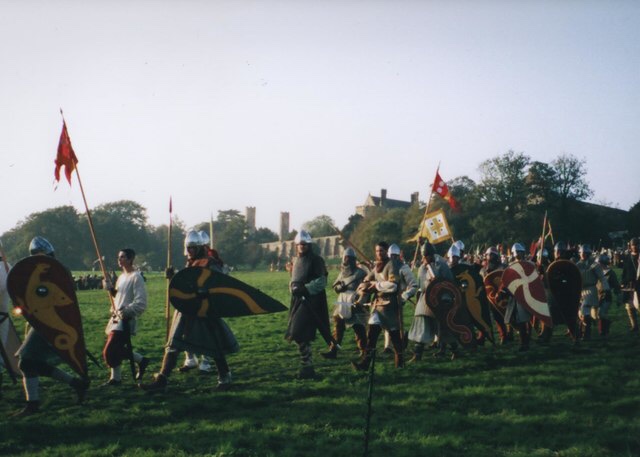 On Saturday the 14th of October, 1066, Harold Godwinson assembled his foot soldiers upon a ridge at Senlac Hill, not far from the village of Hastings. His men had marched South rapidly following the successful Battle of Stamford Bridge, and were now preparing to face William the “Bastard”, Duke of Normandy, who had invaded the coast of England.

Harold’s army consisted almost entirely of conscripted farmers and peasant soldiers, who formed a densely packed shield wall at the crest of the hill. Despite lacking well-trained troops, Harold’s formation was close to impregnable and was built to resist any kind of attack against its surface.

William of Normandy, however, had brought with him professional knights and archers, many of which were mounted upon horses. Due to his army’s advantage in training, he should have been able to defeat the worse-equipped English. The army’s were in the mere thousands – but still forces to be reckoned with.

In the initial hours of the battle, William was unable to find a break in the English formation. His enemies were easily able to cut down attacking cavalry with their British axes as they reached the summit of the hill. Due to the locational strategic advantage that the English held, his archers’ arrows were unable to reach terminal velocity in an up-hill trajectory. This – combined with the heavy shield wall of the English – made it almost impossible for his archers to score any kills. On the other hand, his stronger crossbows were inflicting some casualties, as they had straight trajectories and powerful, thick bolts.

However, the English archers had a relatively clear view of the battlefield and could shoot upon the advancing Norman knights, causing the battle to drag out across hours. Both sides were becoming exhausted, and no decisive outcome had occurred yet. 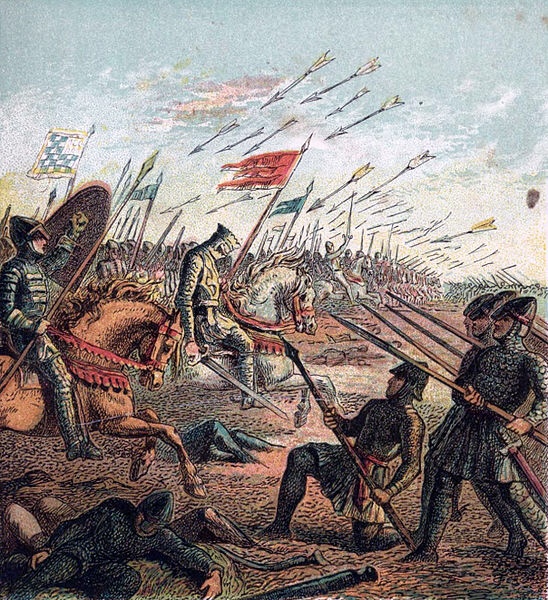 At one point during the battle, William’s men were unable to see their leader and consequently believed that he had been killed. It was a reasonable assumption, as William had already had his horses hacked two times beneath him during the earlier battle. His men turned and began running back down the hill, causing a route along the Norman line. Believing that the decisive moment had come, the English shield line disintegrated and they followed the enemy, charging down the slopes. In doing so, they lost their only strategic advantages over the Normans. Once they had made it down the hill, the Normans turned once again, surrounding the English pockets of soldiers and hacked them to the ground.

Whether William’s men really believed that the conquering king had died or the Norman retreat was actually a feint performed to draw apart the English shield wall is uncertain. If it was all a trick, then Harold and his housecarls had fallen for it badly. Maybe Harold Godwinson would have won the battle if he had commanded his men to stay in position on the ridge. This way they would have retained their formidable position and had a chance at victory against the stronger, better-trained French and Breton foes.

I’m an established freelance history writer. Learn more about what I do!

Unfortunately, the English were quick to celebrate, charging down the hill to cut down the Normans. In fact, it was them who were ultimately chopped to pieces, left on the battlefield for days – rotting in the mud. King Harold’s death is frequently debated; in the Bayeux Tapestry (a huge work commissioned by William the Conqueror), Harold is depicted with an arrow stuck through his eye. For years, this has been considered the most likely death of the King. 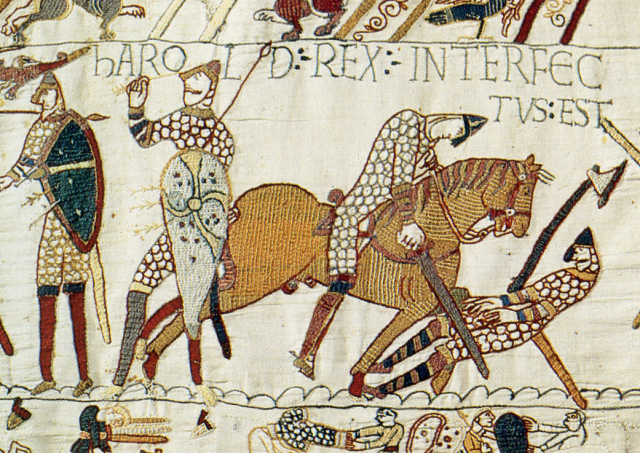 In contrast, many military historians and sceptics have proposed that Harold actually lived through the arrow shot and was eventually knocked to the ground, where he was hacked and disembowelled by Normans soldiers. If you look at the picture closely, you can see a soldier lying on the ground, being stabbed by a French knight on horseback. Moreover, the “Rex”, Latin for “King” lies above and to the left of this scene, whilst the “king” with an arrow through the eye rests under the name “Harold”.

Another theory is that the Bayeux Tapestry shows Harold being shot in the eye, and then the next scene depicts him falling to the ground as the horseman advances upon him. Maybe this is the most likely death of Harold. We may never know.

Support The Augustus by following now!

Sign up to the email newsletter to learn about history DAILY.

I’ve written for numerous brands and publications. Here’s how I can help you with my writing work.