1. Did the Romans really control a quarter of the world? 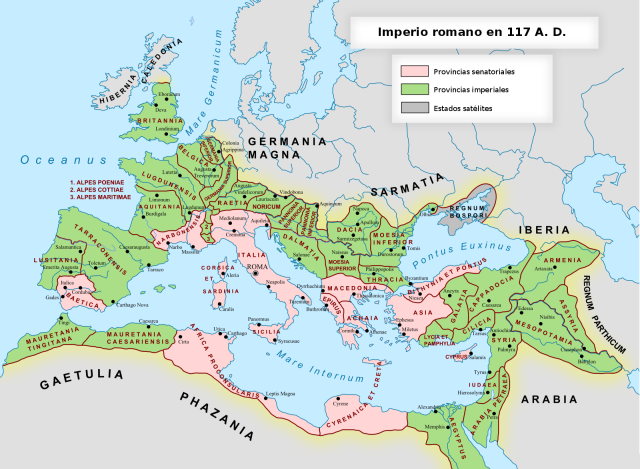 No, they didn’t. They conquered the majority of Europe, a slice along the North of Africa and mostly dominated the east. This map shows the extent of the Roman Empire in the year 117AD, at around the height of its landmass and power. It is true that at one point a quarter of living humanity were Romans, but they had not conquered a quarter of the world.

2. When did William Wallace defeat the English?

Wallace’s first major victory against the English was at the Battle of Stirling on the 11th of September, 1297. King Edward I of England had taken the opportunity to make himself ruler of Scotland since, after the death of Alexander III, there were thirteen potential candidates for the Scottish throne and natural political unrest. At the Battle, many English soldiers were killed on the bridge or drowned in the river, and eventually, the Earl of Surrey was forced to retreat to Berwick.

3. What was the Magna Carta all about?

In truth, the Magna Carta was not a signed paper to agree upon human rights, but an agreement made to the barons by King John in 1215. It prevented him from repeatedly abusing his power, and going on Crusades to avoid paying them the money that was rightfully theirs. Only a couple of the original writings from the Magna Carta, or Great Charter are still in use today.

4. What was the shortest war in history?

The Anglo-Zanzibar War, which is said to have lasted for about thirty-eight minutes, saw the attack of Khalid bin Barghash’s palace by British forces, featuring a heavy bombardment from their ships. Khalid, cousin of Hamad bin Thuwaini, had taken the throne immediately after Hamad’a death before he was allowed to do so by Britain. Zanzibar was part of the British Empire and by making himself a monarch without British consent, he’d practically declared war.

5. Some more reasons for why Rome fell?

In many people’s opinions, the main reasons for the collapse of the Roman Empire do not suffice and cannot tell the whole tale, so here are three lesser-known causes for the end of Rome:

The gladiatorial games became a financial burden. As shows at the Colosseum became grander and longer, the funds needed to hold them rapidly increased, until nearly one third of the Empire’s income was spent by the Emperor on these fancy shows of gore. This money could have been better spent in the military, but if it had, the mob would turn to rioting because they would have nothing to occupy them.

Barbarians became better equipped and quicker at arming themselves. As the Rhine and Danube borders became established in the height of the Roman Empire, the tribes on the non-pacified side began to observe what tools and processes the Romans used for efficient farming and weapons production. Their stealing of Roman practises led them to become better warriors and crafters, and threatened the borders of the Roman Empire.

The Western territories had little natural obstacles to prevent incursions. Contrary to the Eastern provinces in Egypt and Anatolia, the European side of the Roman Empire was relatively easy to invade in the terms of terrain and land features. There were not any prominent deserts, mountain ranges did not cut off entire peninsulas, and the rivers were relatively easy to cross.