Posted on 18th December 2018 by theaugustusblog

The crossbow was able to release heavier, thicker bolts with more puncturing potential from a stored source of energy. 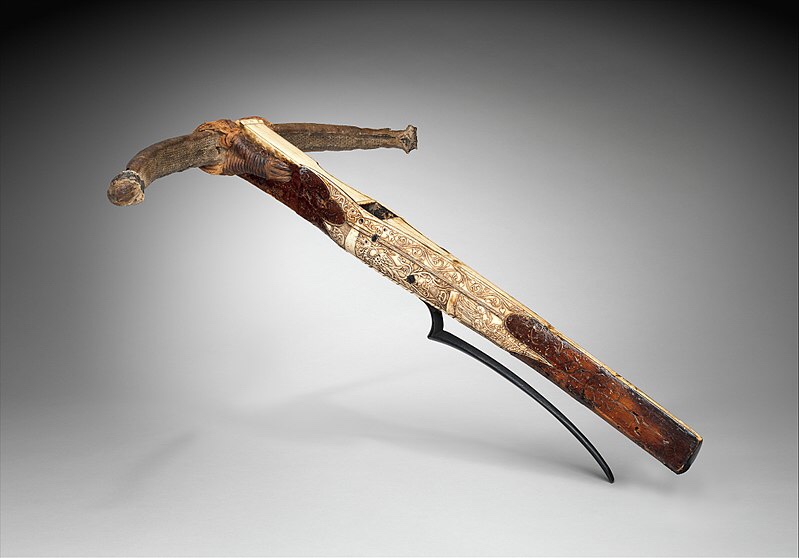 First seen in the 6th century BC in China, and used in the form of a ballista in Ancient Rome, it was a power mechanical glorification of a bow with sheer sniping potential.

The prod at the end was far shorter than the average medieval bow. Therefore the draw length of the thick string was consequently much less than that of a longbow, because pulling it too far would result in extreme stress upon the end piece.

The tickler or trigger was used to release the string. It was essentially a curved metal (or wooden) piece beneath the long stock of the crossbow which could be pressed up to fire.

“Although it could fire larger bolts, it had a much higher drawback weight and only travelled the same speed as a normal bow. However, due to the wide tip of the bold, it could break through armour considerably better”

The crossbow was essentially a sniping weapon because the energy could be held for long periods of time. Because of this advantage, it was used frequently in sieges.

Multiple times the crossbow was banned in Europe because it was “sinful” and frankly, too powerful. Crossbowmen required little training and could inflict devastatingly high casualty numbers.