Posted on 4th November 2018 by theaugustusblog

Around a week ago, I visited the Wellington Monument, which is a 19th century obelisk memorial to Duke Wellington of the British army who helped defeat Napoleon at the Battle of Waterloo.

“The monument is the largest three sided obelisk in the world”

Wellington became a national hero for his military success of 1815, and generous donations from the public helped get the construction off to a great start.

Originally it was planned for the project to be a pillar on a plinth to support a statue of Wellington, but a better plan was decided upon – making the world’s tallest three sided obelisk instead.

The base of the tower

Wellington Monument was likely struck with lightning at least two times in its lifetime and at points work building it was cancelled due to sudden drops in funding of lack of public interest.

Today, the stone obelisk has to be regularly cleaned by climbers who scale the flat surface all the way to the top. The tower is slowly disintegrating and pieces of masonry occasionally fall off. 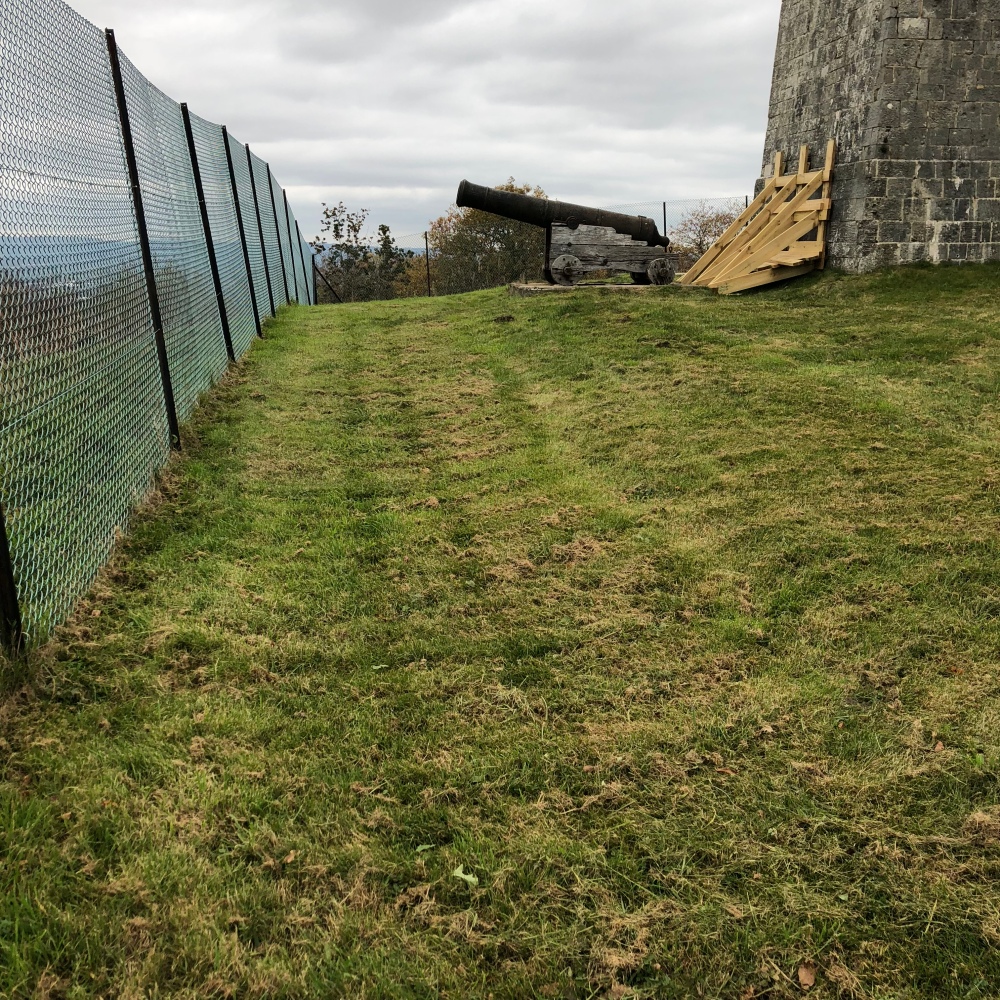 A fence has been set up around it so that civilians aren’t hurt by chunks if they come loose.

Experts are researching why the construction is deteriorating – by using ground radar surveys and movement detection.

At the highest point of Blackdown Hills, the Monument soars way above all other land features and is a sight to behold.